RJ Smith in Rochester, Minnesota has collected over 70,000 golf balls over the past 80 years! He started collecting as a caddy when he was 11 years old. Apart from his military service in the 1940s, RJ Smith has never taken a break from collecting.

RJ collects the golf balls from local golf courses—mostly from the roughs, ponds, and woods.

Each of RJ’s 70,000 golf balls is unique! The collection fills over 460 milk crates in his garage and back yard.  The golf ball collection includes thousands of logo balls from automakers, colleges and professional sports teams. RJ’s oldest ball is over 100 years old from 1917!

RJ was asked if he feels bad for the people who lost the balls he’s found. “No,” he laughs, “You’re supposed to play on the fairway.”

Donating the Proceeds from His Golf Ball Collection

“I don’t want any of the money,” 90-year-old RJ Smith says. He plans to donate every penny to charity. It is unclear which charity he plans to support.

But Smith has concluded it’s time the sell his collection and donate the proceeds.

“God has given me everything I’ve ever wanted in life and I’ve never had to ask,” he says.

Smith refers to this as “his office.”

A (very) small look at some of his sports team golf balls.

This is the oldest bal in his collection, from 1917!

RJ Smith is a Veteran

Smith’s only break from collecting golf balls was during his service in the 1940s. 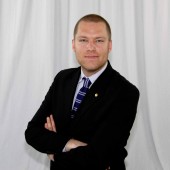